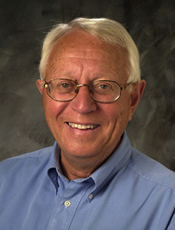 Karl J. Åström got his PhD from The Royal Institute of Technology in Stockholm. During his studies he worked on inertial guidance for the Research Institute of National Defense in Stockholm. He worked for five years on Computer Control for IBM in Research Laboratories in Stockholm, Yorktown Heights and San Jose, where he developed new methods for system identification and minimum variance control that were applied to control of paper machines. In 1965 he was appointed Professor to the Chair of Automatic Control at Lund University, where he built the Department from scratch. From 2000 he is Professor Emeritus in Lund. Since Jan 1 2002 he is Distinguished Visiting Professor in at University of California in Santa Barbara.

Åström has broad interests in automatic control including stochastic control, system identification, adaptive control, computer control and computer-aided control engineering. He has supervised 45 PhD students, written six books and more than 100 papers in archival journals. He has three patents one on automatic tuning of PID controllers has led to substantial production in Sweden. Åström is a member of the Royal Swedish Academy of Engineering Sciences (IVA) and the Royal Swedish Academy of Sciences (KVA) and a foreign member of the US National Academy of Engineering, the Russian Academy of Sciences and the Hungarian Academy of Sciences. Åström has received many honors among them four honorary doctorates, the Quazza Medal from IFAC, the Rufus Oldenburger Medal from ASME, the IEEE Field Award in Control Systems Science and the IEEE Medal of Honor.