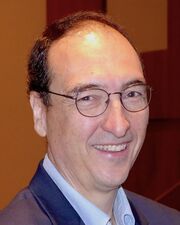 Professor Murray's research is in the application of feedback and control to mechanical, information, and biological systems. Current projects include integration of control, communications, and computer science in multi-agent systems, information dynamics in networked feedback systems, analysis of insect flight control systems, and biological circuit design. Professor Murray has recently developed a new course at Caltech that is aimed at teaching the principles and tools of control to a broader audience of scientists and engineers, with particular emphasis on applications in biology and computer science.